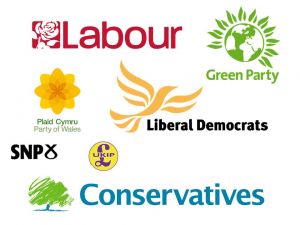 A report by the Oxford Centre for Animal Ethics, supported by more than 150 leading academics and intellectuals, including Nobel Laureate J. M. Coetzee, concludes that animal experimentation is “one of the major moral issues of our time”. Safer Medicines would add that it is also a major moral issue for patients and all of us affected by biomedical research; i.e. all of us.

It is worth examining what the various political parties have pledged with respect to this issue in their 2015 election manifestos.

The Conservatives say they will: “work to accelerate the global development and take-up of alternatives to animal testing where appropriate.”

Labour does not mention the issue at all in their manifesto.

The Liberal Democrats say they will: “minimise the use of animals in scientific experimentation, including by funding research into alternatives. We remain committed to the three Rs of humane animal research: Replace, Reduce, Refine.”

The Green Party make clear commitments towards ending all animal experimentation, saying they would take immediate action to: “Introduce a comprehensive system for reviewing animal experiments and initiate a comparison of currently required animal tests with a set of human-biology based tests.”

UKIP say they will: “Challenge companies using animals for testing drugs or other medical treatments on the necessity for this form of testing, as opposed to the use of alternative technology.”

Of course, actually delivering on these pledges is another matter. The current coalition Government pledged in 2010 to “work to reduce the use of animals in scientific research”. Yet the number of animal experiments is now at its highest level since the current recording system began. The recently published Delivery Report shows that this Government made little attempt to honour its pledge, preferring instead to focus on efforts to communicate the importance of animal research to the public.

Let us hope that the next government will take the issue as seriously as it deserves.