A phenomenal 250 MPs – a clear majority of those eligible to do so – signed Early Day Motion 92:

“That this House, in common with Europeans for Medical Progress, expresses its concerns regarding the safeguarding of public health through data obtained from laboratory animals, particularly in light of large numbers of serious and fatal adverse drug reactions that were not predicted by animal studies; is concerned that the Government has not commissioned or evaluated any formal research on the efficacy of animal experiments, and has no plans to do so; and, in common with 83 per cent of general practitioners in a recent survey, calls upon the Government to facilitate an independent and transparent scientific evaluation of the use of animals as surrogate humans in drug safety testing and medical research.”

This gives the Government a very clear signal that they are in a minority in their reluctance to sanction the evaluation of animal tests that the overwhelming majority of doctors, politicians and the public recognise is necessary. Such a high level of parliamentary endorsement will help us to exert pressure on the Government to start listening to the rational, scientific case for a comparison of animal tests with a battery of state-of-the-art methods of predicting drug safety. These include microdosing, human DNA chips, virtual human organs and tests involving human tissue – which would have predicted the devastating effects of both Vioxx and the Northwick Park drug and could have averted both disasters.

Many thanks to everyone who encouraged their MP to sign in support of such a momentous evaluation. Despite such impressive support, our work is not over yet as the Government still remains to be convinced. Please help us in our efforts to convince them: 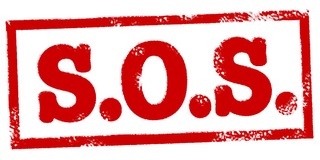