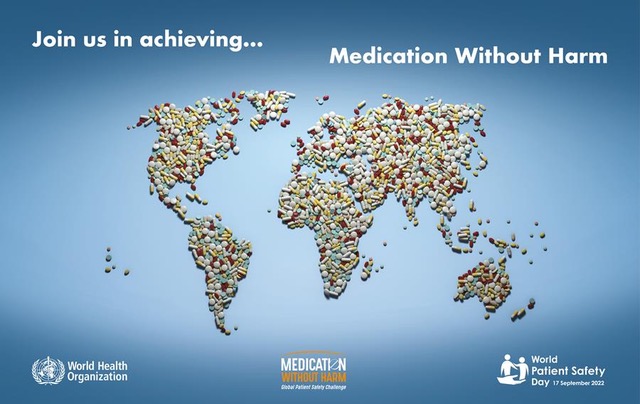 “Medication Safety” is the theme for World Patient Safety Day 2022.

Safer Medicines Trust is a patient safety charity whose mission is to improve the safety of medicines, so we very much support calls for “Medication Without Harm”.

The World Health Organisation (WHO) quite rightly wants to reduce medication harm, which accounts for 50% of the overall preventable harm in medical care. US$ 42 billion of global total health expenditure worldwide can be avoided if medication errors are prevented.

However, the WHO does not address the fact that correctly-administered medicines also cause massive and ever-increasing harm, through adverse drug reactions (ADRs) which are not due to any errors or unsafe practices.

Our focus, at Safer Medicines Trust, is on the intrinsic safety of the medicines themselves, rather than on ‘downstream’ factors such as prescribing errors. ADRs kill more than 10,000 people in the UK each year, 100,000 in the US and 200,000 in the EU.

Clearly, our safety tests are failing – but why? A major reason is our reliance on animal tests as the ultimate arbiter of medication safety before proceeding to clinical (human) trials. The evidence is now overwhelming that animals cannot reliably predict drug safety for humans. This is borne out by the fact that 9 out of 10 drugs prove unsafe or ineffective in clinical trials, after appearing to be safe and effective in animal tests.

Thankfully, a wealth of new methods based on human biology is now available and is transforming our ability to understand disease and develop new medicines. Human-relevant tests can predict subtle or rare side effects that even human clinical trials cannot. Human-relevant science offers a golden opportunity to save money, create wealth and improve public health.

So why are we still relying on animal tests? As a new paper entitled A History of Regulatory Animal Testing: What Can We Learn? makes clear, moving away from animal testing is limited not by scientific possibilities, but by historical precedents and persistent beliefs that animal tests will prevent future tragedies. The thalidomide tragedy shocked the world and led to new laws requiring ‘proof of safety’ in animals, despite the irony that it was thalidomide’s near-total safety in animals that helped to cause the tragedy and would not have prevented it. No amount of animal testing can eliminate the risks inherent in introducing new drugs to the market. But regulations based on the state of the art of science and technology 60 years ago have not been updated to reflect the seismic technological advances that now offer a quantum leap forward in our ability to perform meaningful risk assessment.

It is time for governments to insist that medicines are tested by the most up-to-date and relevant methods. Outdated regulations cost lives: patients are being injured and killed because regulations have not kept pace with revolutions in science. Regulatory agencies the world over have been captured (and funded) by the pharmaceutical industry, which they are supposed to regulate, with the net effect that profits take precedence over patients.

In a recent egregious example, both Pfizer-BioNTech and Moderna submitted their omicron-specific covid boosters to the US regulator, the FDA, on the basis of tests in mice – and the FDA approved them, with no human data whatsoever! The US Government has bought 171million doses for $5bn, before seeing any evidence that they will be either safe or effective.

Dr Paul Offit, director of the Vaccine Education Centre at Children’s Hospital of Philadelphia and member of the FDA’s vaccine advisory committee (VRBPAC), says: “Right now they are saying that we should trust mouse data and I don’t think that should ever be true. I don’t think you should ever ask tens of millions of people to get a vaccine based on mouse data.”

This example illustrates the two biggest problems in pharmaceutical medicine: 1) the use of animal data to secure approval for products by claiming they are safe and effective in animals, when their safety and effectiveness in humans is unproven; 2) pervasive conflicts of interest, which prevent regulatory oversight in the interests of the public.

We must move safety testing into the sunlight and into the 21st century, for all our sakes. 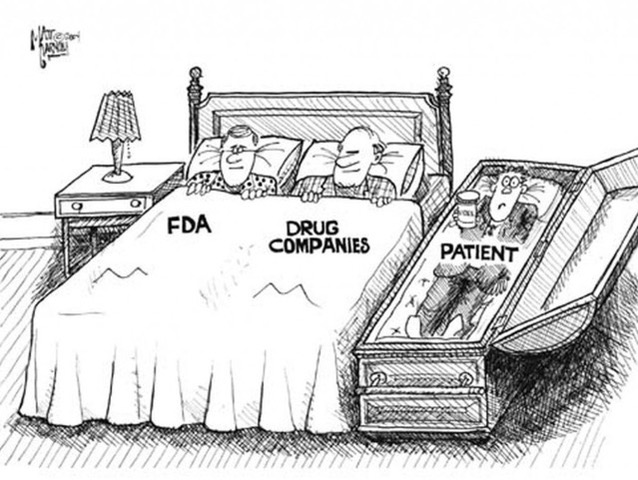