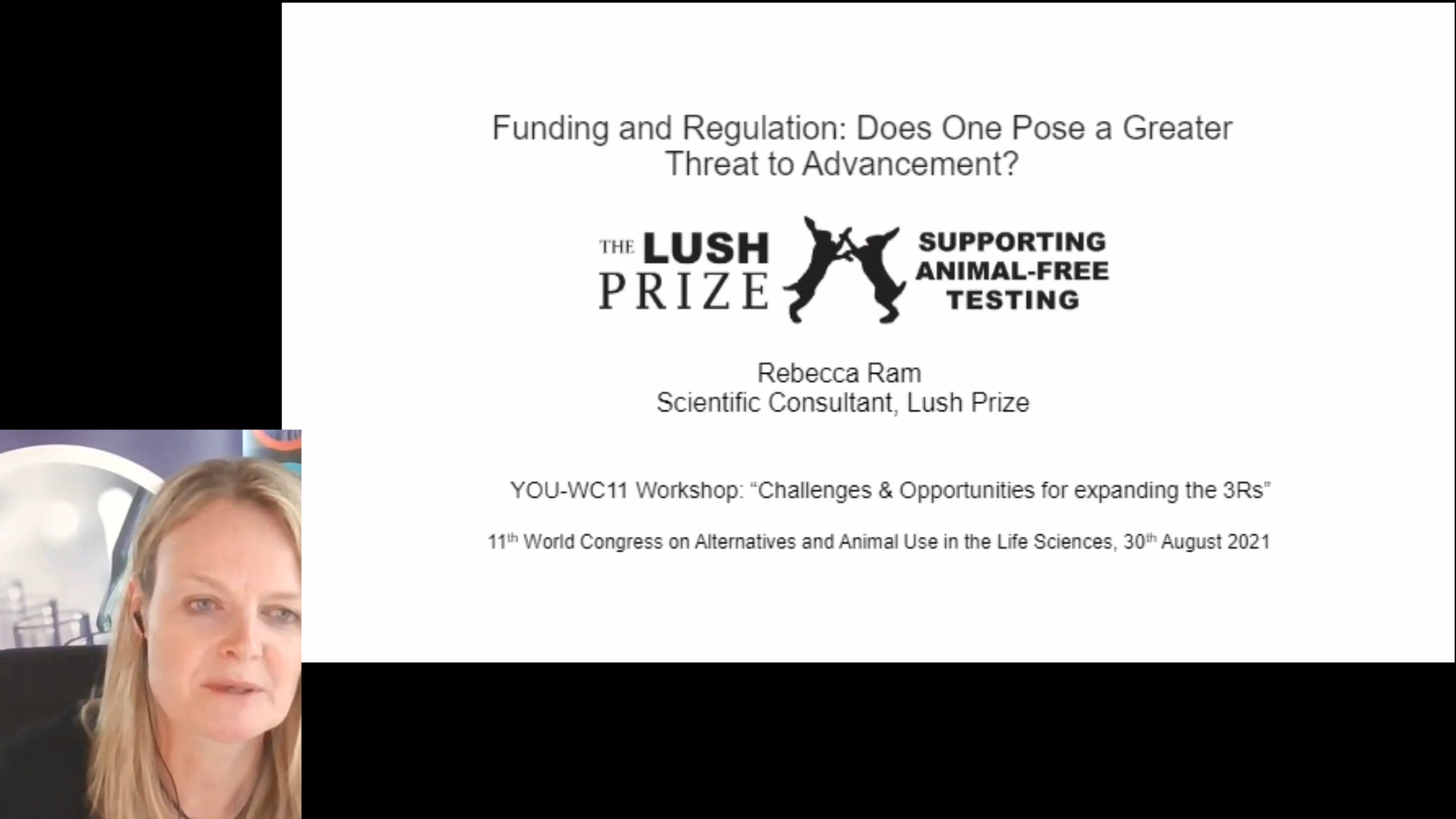 Scientific consultant Rebecca Ram presented during a virtual session as part of the ‘YOU-WC11’ mentoring programme. The session theme was ‘Challenges and Opportunities for Expanding the 3Rs’’ and was particularly aimed at early career scientists. The session was further divided to discuss two topics;

Rebecca spoke in the second debate, with specific focus on the ‘funding’ aspects and the need for greater investment in more human-relevant, mechanistic research methods, also termed ‘new approach methodologies’(NAMs), which offer better solutions for human health. Rebecca also outlined an apparent level of bias and ‘lock in’ leading to repetitive funding of animal models and the need for redirection of funding away from their use, which continues despite concerns over the reliability of animals to predict human responses.

Presenting alongside Rebecca during the session was Elizabeth Baker of the Physicians Committee for Responsible Medicine (PCRM), who provided expert perspective on the need to update regulations to incorporate NAMs.

Aside from the scientific and ethical advantages, NAMs offer infinite opportunities in business, training and outreach that only a paradigm shift in human-relevant scientific research and development can provide. Rebecca also spoke of concerns raised that many NAMs aren’t yet available to replace animals and how this in large part relates back to more funding needed to a) develop new methods and b) optimise, scale up or improve existing methods which require further work to become validated and approved.

Engaging early career researchers in NAMs dialogue and training is key to paving the way for the next generation of scientific experts, who will become accustomed to using them as standard rather than ‘alternatives’, from early basic research through to drug development and regulatory testing.

Amid concerns over high drug attrition rates in clinical trials, the pharmaceutical industry has started to use NAMs, but a long overdue, wholescale change in government action is still urgently needed. There are some encouraging signs. For example, the European Parliament has recently voted for a targeted strategy to be established to phase out the use of 10 million animals every year in favour of more scientific, human relevant methods. The vote has its opponents and still requires approval from the Commission, but it is a positive political step in the right direction.

Rebecca’s slides and recording can be viewed here

A new paper by Safer Medicines scientific consultant Rebecca Ram, Dr. Domenico Gadaleta of the Mario Negri Institute, Italy and Dr. Tim Allen of the MRC Toxicology Unit, Cambridge discusses the progress of in-silico methods in New Approach Methodologies (NAMs) as well as the increasing need for use of ‘big data’ and artificial intelligence (AI) […]