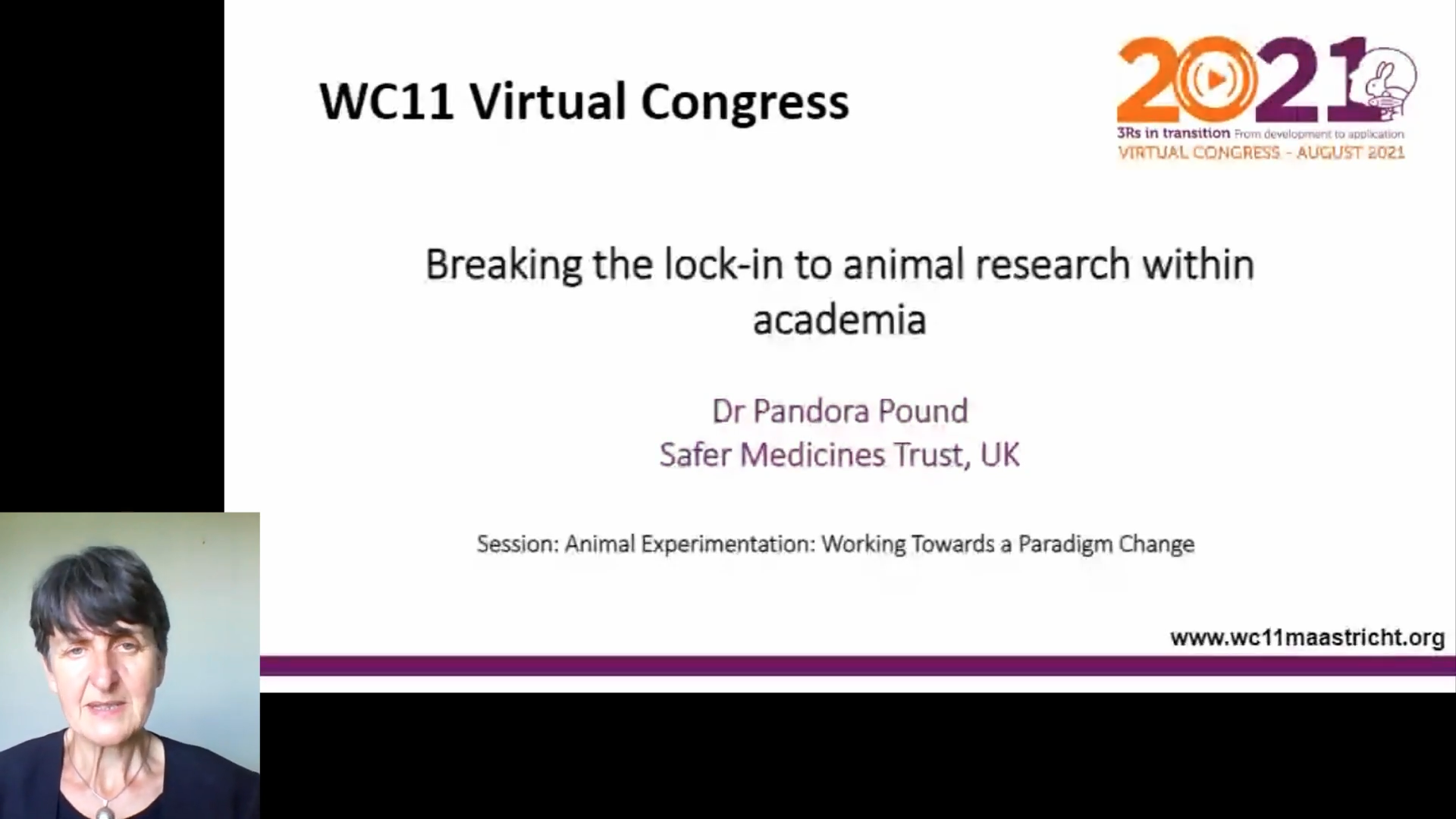 When I was asked to talk on this topic for the 11th World Congress on Alternatives and Animal use in the life sciences – held online this year – I was happy to oblige. Having worked in academia for many years, I know how conservative universities can be. I recall how difficult it was to question the practice of animal research with academic colleagues, there seemed to be a taboo against it. Animal research was a ‘sacred cow’ and it was unacceptable to raise the possibility that it might not be a valid method for advancing human medicine. Very little had changed by the time I left academia in 2017.

The reason for this, as I suggest in my talk, can perhaps be found in the mid-19th century, when the famous French physiologist, Claude Bernard, was developing a new approach to research. He believed that medicine was more likely to advance from within laboratories, where experimental evidence could be collected and hypotheses tested, rather than from the careful observation of patients in clinics and hospital, as was customary at the time. He proposed that studying animals under controlled laboratory conditions and then extrapolating the results to humans was a more scientific approach than directly observing humans.

Bernard’s efforts were successful. The laboratory setting, and his use of experimental groups and statistics all helped create the impression that animal experimentation was ‘proper science’. There was considerable public opposition to the practice but scientists responded by appealing to the need for treatments for humans. Although there was little concrete evidence that animal experiments would provide these treatments, the rhetoric was successful; research using animals became inextricably linked with science and the promise of medical progress.

This, I believe, helps explain why academics are reluctant – even today – to openly challenge the practice. To question the dogma that animal research is proper science and that it benefits humans implies that the questioner either does not understand science, or is ‘anti-science’, or puts the interests of animals before those of humans. Consequently, academics tend to keep their mouths shut in public, even if they might share their misgivings in private.

Can animal research be good science though, if it involves disregarding basic, accepted, biological principles? At the same time as Bernard was developing his laboratory based experiments, Charles Darwin was writing the ‘On the Origin of Species’, his ground breaking theory of evolution by natural selection. Bernard rejected Darwin’s evolutionary theory, believing that animals are all basically similar and that the differences between species are differences of degree only. But he was wrong. Each species is the result of their own unique, evolved history. As Professor of Pathology, Todd Preuss puts it: ‘Every lineage has undergone its own independent history of adaptation and specialisation. Every species is special. That’s why we call them species. It’s the same root for the same reason.’ Unfortunately, those conducting animal research are still under the influence of Bernard, because in assuming that one species (usually rats) can ‘stand in’ for another (humans), they disregard the significance of species differences.

To break the lock-in to animal research within academia then, we need to be very clear that animal research involves the rejection of evolutionary theory and that this is unscientific. But we also need to create opportunities for dialogue between those conducting animal research and those developing new, human-relevant technologies. This is the inspirational approach taken by the Dutch in their Transition to Innovation without Laboratory Animals Initiative. In Dutch ‘Helpathons’, animal researchers ask the scientific community to help them answer their research questions without using animals, and those with knowledge and experience of new, human-relevant technologies and approaches are happy to oblige. Where both parties genuinely want to advance human medicine, there is a common ground for moving forward.